Lincoln Avenue Nursery is a nursery rich in history located in the upper west side of Pasadena. It was established in 1903 by a German family and was owned by them until 1923. 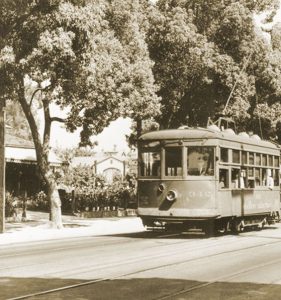 During World War II, Mr. and Ms. Takemura were sent to camps and would have lost their business if it weren’t for the kindness of a young couple. They took care of the nursery for the two years they were stuck in a camp. When the war was over, and they were released, they took back the nursery from their friends.

In 1974, at the age of 14, Ramon Franco emigrated to the United States from Poncitlán, Jalisco along with his cousin to be able to send money back home to his parents. He began working with his two older brothers that were already living in Pasadena. One day while working at a customer’s house a police officer approached Ramon and asked why he wasn’t in school and took him away to the PUSD district to have him enrolled at Pasadena High School. He would go to school and as soon as school was out, would get dressed and go work as a Gardner until 6 sometimes 7 p.m, only to come home to homework. After graduating high school he continued building his landscaping company. He would hire people he knew that were coming from his same town of Poncitlán, as well as people from around that town that knew him. At 23 he returned to his hometown where he saw his would-be wife for the first time since they were kids. Ramon and Teresa would marry and move back to the US to continue their lives and have 3 children. Ramon continued his landscape business and made friends with Mr. and Mrs. Takemura who offered to sell Lincoln Ave Nursery to him. In 2003 Ramon would accomplish a dream of his to own a nursery. After almost 20 years and many improvements the nursery made a complete turn around and is continuing to improve every year. With the help of his kids; Juan Ramon, Brenda and Alejandro they continue to make improvements and keep the family business thriving.